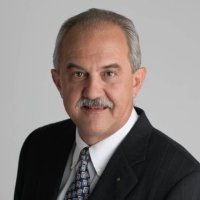 David has served as Vice Chairman of a local college board of trustees, has assisted in the charter of two other banks in northeast Georgia, has served on several Industrial Authorities, and an Airport Commission. He has also served on the Georgia Mountains Regional Commission for over 32 years, and with six years as Chairman, he is the commission’s longest serving in that in its over 50 years of existence.

As a Rotarian, David has more than 32 years of perfect attendance, and his services includes service as a District Governor in 1994-­‐95, Zones 33/34 Institute General Chairman, two separate terms as the RI Zone 34 Regional Rotary Foundation Coordinator, has served as a member of the triennial Council on Legislation, has served as an International Assembly Training Cadre member for training of incoming district governors of Rotary, has led breakout sessions at International Conventions, and was a member of the Host Operations Committee for the 2017 International Convention in Atlanta.

David is the husband and life mate of immediate Past District 6910 Governor Kim Waters, who is also a partner with The Norton Agency. Aside from their love for real estate and Rotary, Kim and David are instrument rated pilots, in both land and sea categories. In addition to their love of each other, Rotary, and aviation, Kim and David also enjoy day hiking and tennis, their daughter Claire, and David’s Mann Maxx, their Havanese pup.